Here, as promised is the second day, Sunday, of our Peninsular War Sharp Practice weekend. My partner had decided to try and get an earlier flight home because of Storm Ciara, so I was playing solo for both games. Lots of photos, but, once again not a great deal of glory for my Anglo-Portuguese.

Onto the action! My first game was all about trying to get two-thirds of my force across a bridge over a river. Personally. I'd have preferred to be the side trying to stop the French crossing the river, but that wasn't to be. It would be a long trek. 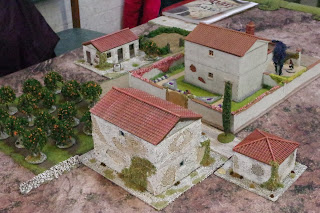 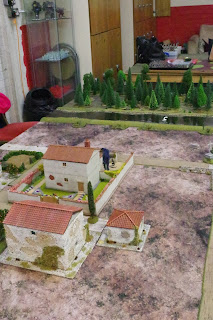 Once again, I would suffer from the attentions of French artillery, which pretty much swung the game away from me. It wasn't so much the casualties, it was the double shock from cannister that made my task so hard. 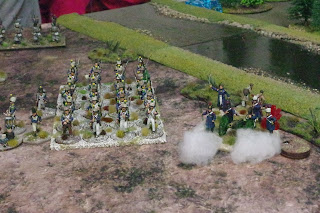 I'd got my Atiradores to secure a wall, preventing the French musket-armed Voltigeur skirmishers from peppering my infantry columns as they advanced towards the bridge. 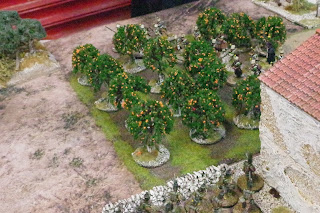 Meanwhile, here are a few photos from other games; 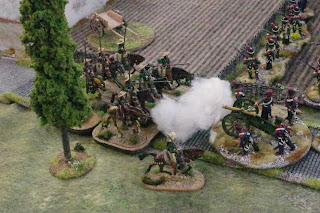 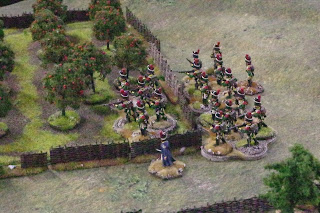 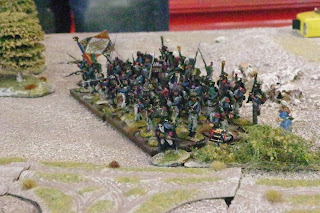 Now, back to my game. I'd pulled the Atiradores back from the wall, to help contain another French threat, together with a group of Portuguese Granadieros. 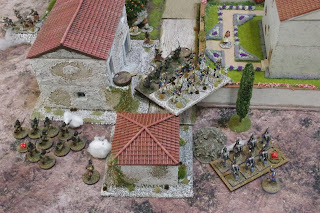 Meanwhile, at the bridge, the French attack columns were advancing. 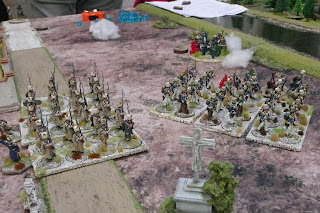 Halfway along the road, I'd foolishly halted my 61st Foot and deployed them against the threat that my Atiradores were dealing with perfectly well. A definite mistake. 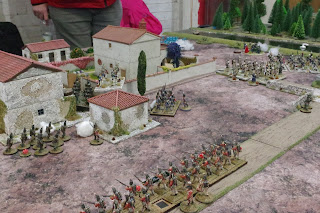 My Portuguese Fuzileiros held the bridge, throwing back the French and subsequently making their escape across the river, but it was too little, too late. This game went down as another minor French victory. 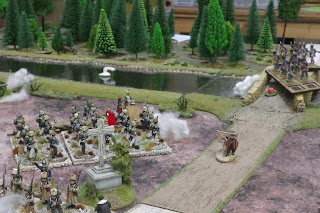 The final game was a clash between French and Anglo-Portuguese to control a strategically-important plateau and road. 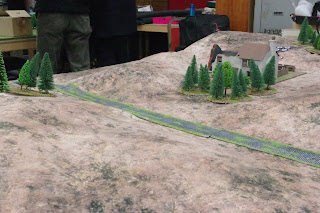 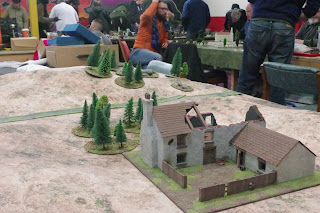 I started out with a pretty coherent position, and I hoped that things would work out OK. 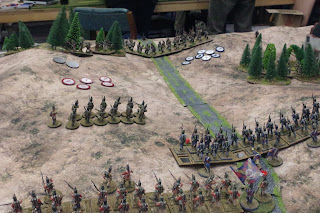 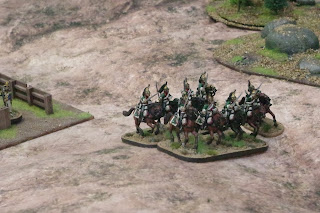 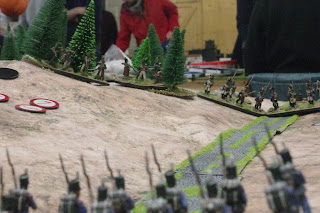 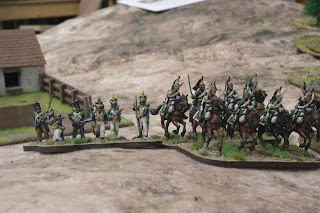 My Rifles, protecting my right saw off the Dragoons, removing one threat. 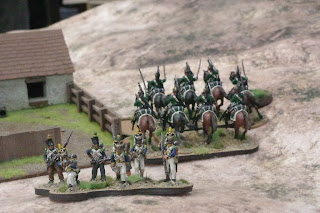 The 61st advanced on my left, protected by the Atiradores, who did sterling work seeing off the Voltigeurs in the woods ahead of me. I repeatedly used Sharp Practice to keep the Atiradores loaded, so that they could make the most of their firing as my left flank pressed forwards. 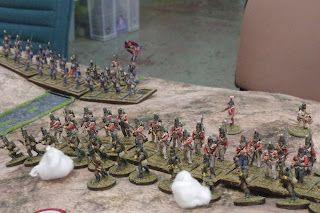 I hoped that my Portuguese Line would be OK, holding the centre as the 61st made good progress. 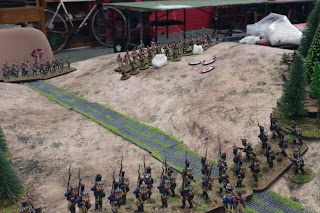 Unhappily, Rob's Voltigeurs attacked over the hill, defeating the Rifles, who were caught unloaded in Fisticuffs, pushing them back to the edge of the table. Before long, they would be gone, leafing the Portuguese line with an undefended flank. 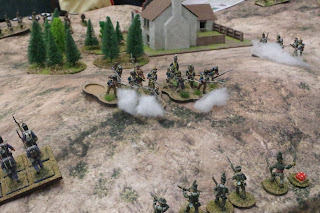 This led to the breakup of the line, and their eventual defeat. 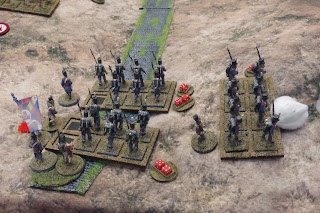 We were running out of time, but things had kind of turned into a stalemate. My 61st and Atiradores held the heights on the left, and were inflicting casualties on the main French line but my right was reduced to a single group of Portuguese who had little hope of survival.

In the end, we called it a draw, but my Force Morale was plummeting.

In the end, an excellent weekend of gaming, and one that has given me much food for thought. I may well have to venture back into buying and painting up more British, flank company skirmishers with muskets, not Rifles.
Posted by Carole at 09:35