More Perry plastics, this time a mixture of armoured types mostly from the Foot Men-at-arms box, but with a few from the European Mercenaries set to bulk it out. 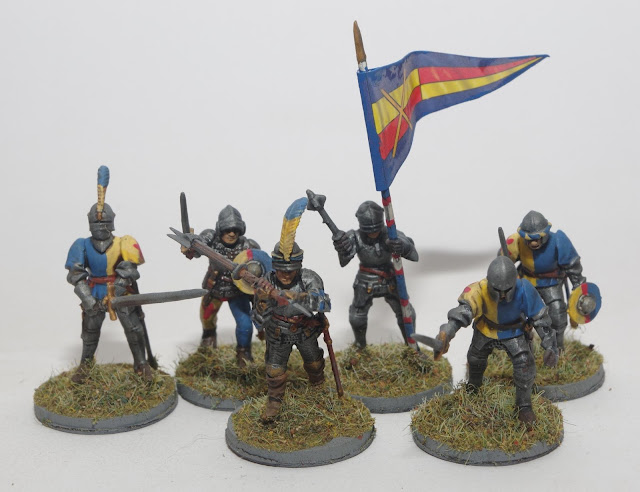 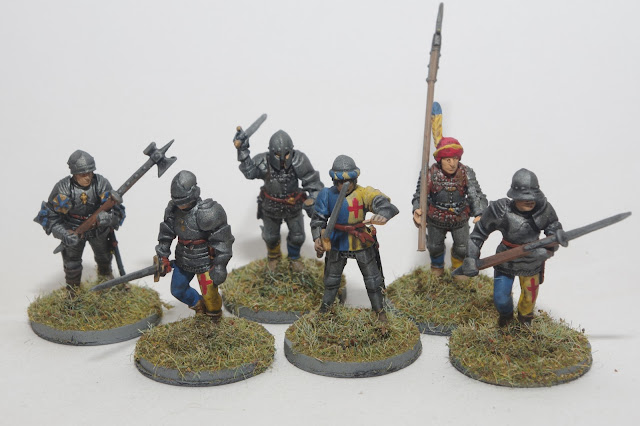 As you can see, they aren't all fully armoured and they are equipped with a mixture of weapons, mostly with swords. I wanted to give them the appearance of a hard-bitten bunch of experienced mercenaries who might not be from the upper echelons of society but who can be relied upon to do the dirty work for whoever pays them the most.
Their standard is a Burgundian one, so perhaps they might be a remnant of the army of Charles the Bold that was destroyed by the Swiss at the Battle of Morat in 1476. I like the blue and yellow colour scheme I've chosen, which sets off the red crosses rather well, I think.
I am pretty happy that I have got this 15th century project back on the rails. My next step will be to create another, final group of dismounted men-at-arms and then create a number of groups of billmen/halberdiers and archers using the Perry Wars of the Roses Infantry boxes. There will be a lot of glueing involved, but I have made a start on it already.