This project is something I had no idea I was going to do at the beginning of the year, but a few people at the club were getting interested in the Honours Of War rules from Osprey and were using SYW armies that they either already had or were putting together. I played a couple of games and, although I have some reservations about the rules, I decided that they weren't too bad and I ought to put an army together too. 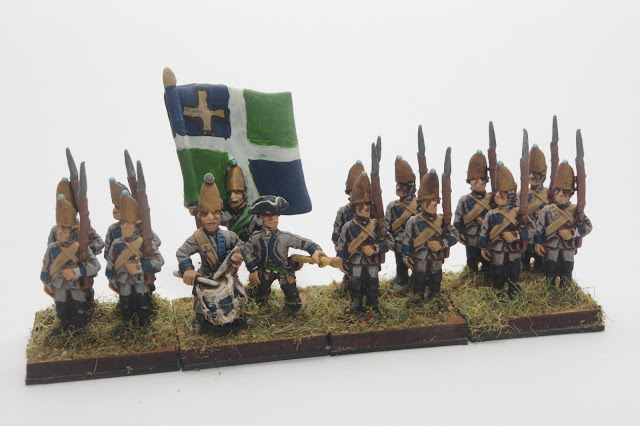 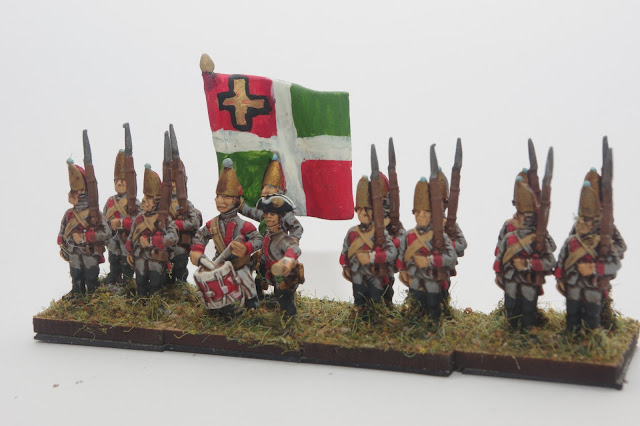 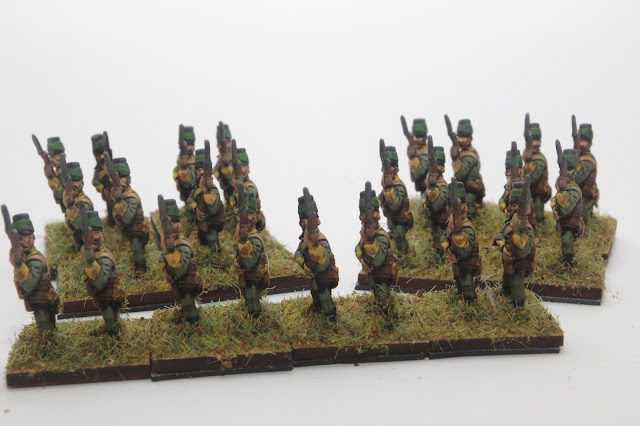 The rules allow for the use of imagi-nations, which is something that I am very much in favour of because it takes me back to Charles Grant and his wars between the Vereinigte Freie Städte and the Grand Duchy of Lorraine in his classic book, The War Game.

My project is to create the army (in our chosen scale of 15mm) of the Grand Duchy of Überwald (a name that will be familiar to Terry Pratchett fans), a long vanished entity from somewhere near Austria.

The rules in the book uses infantry battalions made up of five elements, but because some players have battalions of four elements, we have agreed on this for our campaign, which is supposed to begin in the autumn. We are also reducing cavalry squadrons by one element too, to keep frontages in proportion.

Our campaign will be using a blend of real and imaginary states, so long as the imaginary armies have the characteristics of the real ones in the book.

The Grand Duchy of Überwald's army will be using Essex Prussian minis and will be based on the rule book stats for Austria.  As you can see, their flags will look rather French too.

So far, I have completed two battalions of Grenadiers and three of light troops, as pictured above. My plan is to have ten battalions of infantry, three of light troops (most likely a Freikorps) and seven squadrons of cavalry of various types, plus medium artillery and a number of brigadiers and an army commander. I expect that my imagination will run away with me and I end up with a few more units.

To provide a nice colourful appearance I will paint up some infantry in colours other than grey. There will be a battalion of Garde zu Fuß musketeers in blue and two more battalions in green, representing troops from the Margravate of Streslau, a feudal vassal of Überwald. There will also be artillerymen, cuirassiers (including one of Garde zu Pferde), dragoons and hussars in a variety of uniforms.

I am going to have to work quickly. I also have a 28mm Austrian Napoleonic project that I need to finish by November. So far, everything is assembled, based up and undercoated.